Now in its second year, Comida Fest is the only street market in London showcasing the best of Latin American food and culture. Organised by three longtime friends from Brazil, the market is a food lover’s paradise.

The idea behind the festival started with a sprinkle of imagination from Alícia Bastos, Simone Ruotolo and Gizane Campos. One of the organisers had a dream that the three had organised a market full of yummy Latin American goodies. When she woke up, she dug deep into the web and discovered a gap in the market.

At the time, there was only one market in the world fully dedicated to Latin American culture – so she decided to set up one in London. 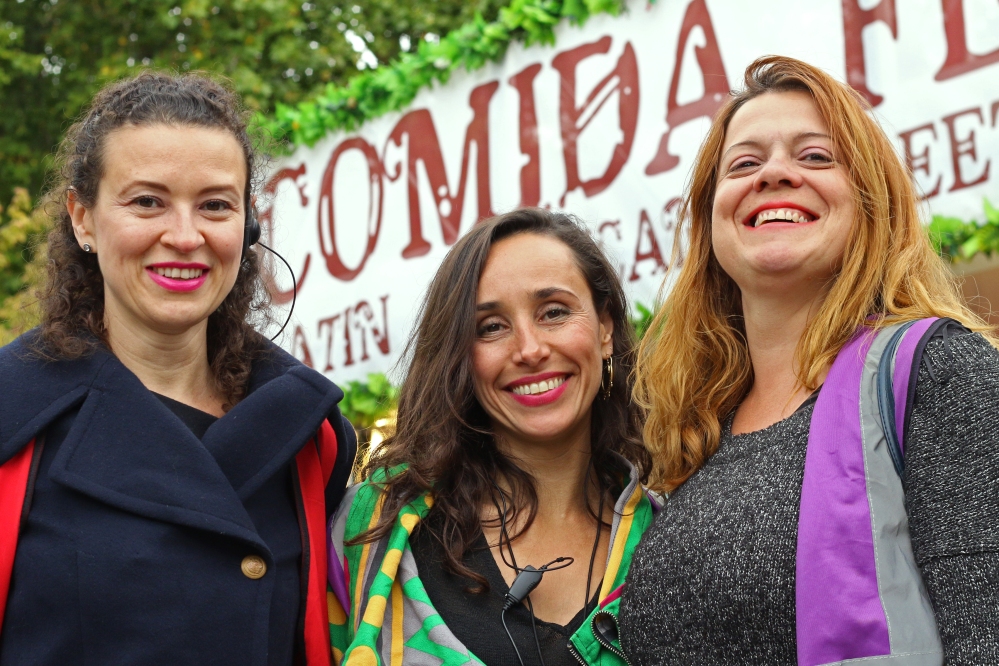 The annual Comida Fest takes place at different iconic locations across the city, including Putney Bridge. This year’s market happened on September 16, a day after the Parsons Green tube attack. But, for me, the event proved that Londoners are not afraid. Plastered outside the festival a sign read: “London stands today as always”.

To the sound of La Cucaracha and other well-known tunes, visitors enjoyed food and a mix of cultures (and flavours).

While there, I tried some sort of quinoa burrito, called Limena, which is a famous dish in Peru. There were also an array of activities and entertainment on offer, including DJs, passata classes, and live music.

The trio, including Alicia, did not stop for a moment and it was hard to get hold of them for a quick chat. Multitasking as a host, photographer and security guardian, I only spoke with Alicia for a split second while she indulged a delicious-looking ceviche (another traditional Peruvian dish).

Next year, they want to bring “even bigger names” to the festival – but without ever forgetting how it all started: with a dream.